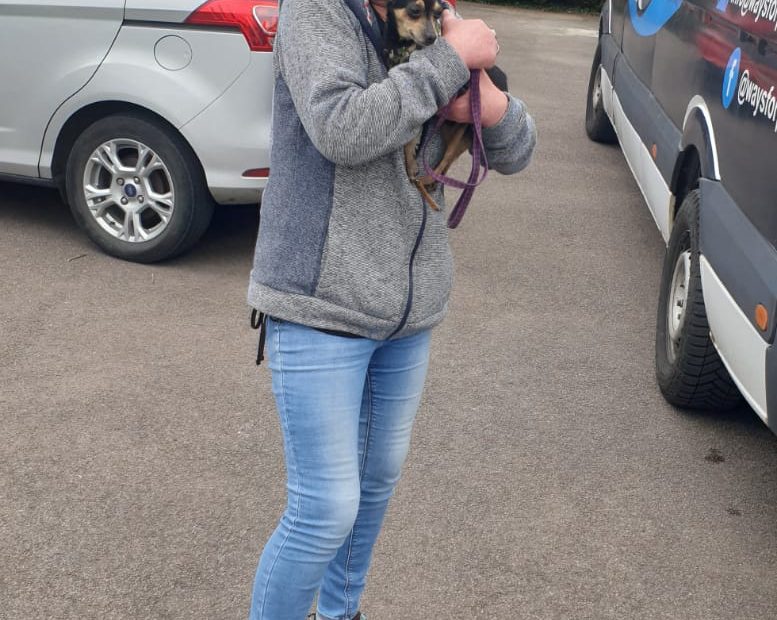 Mo Jackson has arrived with his new mum Christine in Hockley. Mo had such a big character and we do miss his shuffle moon walk like Michael Jackson and his HI FIVE, He has only been in the uk just over a week and by the sounds of it he has settled in very week Chrisitne wrote ‘Hi , Mo is doing great, he is so funny now his little character is coming out , he does zoomies every morning , wakes me up by pulling on bedclothes , mind you last night he slept from 9pm till 8.30 this morning , and I had to carry him outside , but he still wanted back in lol . Its been very humid here tho so maybe acclimatizing too . A cat was in the garden yesterday and he tried to chase it , then spent hours looking for it 😂. He had a bit of a cough/gagging this morning , but again not sure if weather cos pollen very high too atm , I will see what he is like tomorrow , cos rest of the day he is fine and no cough . He does tend to eat very quickly too, which Zena did when I got her , not sure if its panic incase other dogs get the food as he always looking behind him (which Zena did) He has met a few little friends on here and loves to play . He has had lots of presents , coats , jumpers & toys from neighbours . He loves chewing and throwing cushions around & loves sitting on back of the chair to look out the window. Thank you Christine for the updates and wonderful photos, and most of all for giving Mo the home and love he deserves.

You can find out more about which cookies we are using or switch them off in settings.

This website uses cookies so that we can provide you with the best user experience possible. Cookie information is stored in your browser and performs functions such as recognising you when you return to our website and helping our team to understand which sections of the website you find most interesting and useful.

Strictly Necessary Cookie should be enabled at all times so that we can save your preferences for cookie settings.

If you disable this cookie, we will not be able to save your preferences. This means that every time you visit this website you will need to enable or disable cookies again.

This website uses Google Analytics to collect anonymous information such as the number of visitors to the site, and the most popular pages.

Please enable Strictly Necessary Cookies first so that we can save your preferences!